In the concentrator, the spiral classifier is often used for pre-classification and inspection classification in the grinding circuit, and can also be used in ore washing and desliming operations. Because of its simple structure, stable work, and convenient operation, it is widely used in major mineral processing plants. 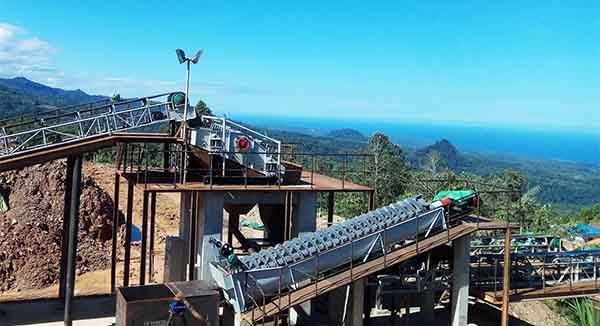 The speed of the spiral should be able to transport the settled coarse particles. The faster the speed of the spiral shaft of the classifier, the stronger the stirring effect on the slurry, and the more coarse particles are entrained in the overflow product. In order to obtain a thicker overflow and deal with materials with high density and quicker settlement, the spiral speed can be appropriately increased. Generally, it is controlled in the range of 1.5-10r/min.

When the grading feedstock contains more mud or fine-grained grades, the additional water can be appropriately increased to reduce the slurry concentration and obtain the required overflow fineness. When the feedstock contains a small amount of mud or has undergone desliming treatment, the slurry concentration should be appropriately increased to reduce excessive fine-grained materials entrained in the returned sand.

3. Adjust the height of the overflow weir

When the slurry concentration is constant, the amount of ore feed increases, and the flow velocity of the slurry also increases, thus making the particle size of the overflow product coarser. As the amount of ore decreases, the particle size of the overflow product becomes finer, and the content of fine particles in the returned sand also increases. Therefore, the ore feeding amount of the classifier should be appropriate, uniform, and not large or small. The smaller the fluctuation range, the better, so that the classifier can work under normal processing conditions and obtain a good classification effect.

6. Add a stirring device to the lower end of the classifier

For the fine ore particles that have settled to the bottom of the tank, an agitating device is added to the lower end of the spiral classifier, which is brought to the surface of the slurry again, and discharged with the overflow to reduce the fineness in the sedimentation and improve the efficiency.

Consider changing the traditional gravity settlement grading and adding a new force field in the grading area. For example, adding a cylindrical screen to the upper part of the classifier for secondary classification can improve the efficiency of the classifier.