A good gravity sludge thickening sedimentation process must include the coagulation destabilization stage, the coagulation granulation stage, and the filtration and compression stage. The realization of these three stages must be achieved through the thickening equipment. The thickener can ensure sufficient flocculation reaction and an ideal solid-liquid separation effect. 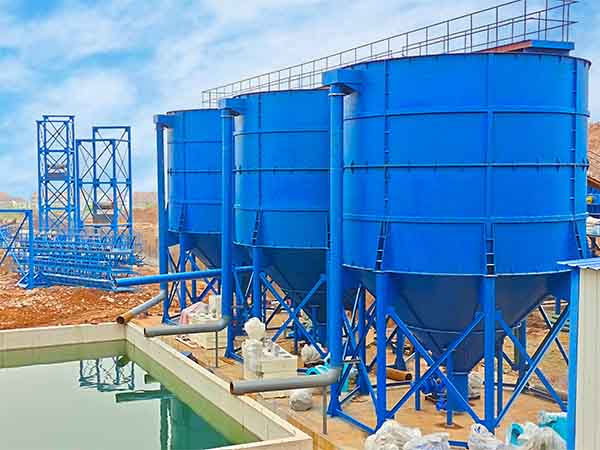 Under the action of slow hydrodynamic force, the particles whose repulsive force is relieved to begin to gather with each other under the action of long molecular chains. The flocculation gets bigger and bigger, and the settling speed will increase by several times or even dozens of times. As the large flocs agglomerate more and more, the solid particles form deposits at the bottom of the deep cone thickener. The floc before the deposition is essentially a floating filter medium, which has a very useful interception effect on small particles that escape with the upflow. The concentration of the sediment at the bottom is greatly increased under the action of gravity. This process is carried out in the thickener.